Being Persecuted As The Elect!

Being persecuted because you are the elect!
I've seen it all my whole life, even before i got saved.
Had no clue why i was being attacked, except for a common denominator.
The ones attacking seemed to be drug related people, either in secret or open.
They also seemed to be religious outwardly but no inward life or awareness.
Agents from bloodline, to marriage, to church member, to neighbor, to coworker, to girlfriend, to strangers on the internet. They all seemed to be under the influence of a hidden hand with the same agenda. Their goal was to steal, kill, and destroy any which way they could, while looking like the good guys, or pretending to be the elect, but the whole time, having murder in their heart.
They couldn't get me to conform to their will , or fake reality,  or evil, putting them up on a pedastal, or calling them out on their hypocrisy, so they revert back to persecution mode.
The weird part is, that they can not stop, and that same spirit jumps on all of them. I have seen people who were cool with you, all of a sudden change, realizing your wife was spreading lies to get them to attack you via a proxy war, while the whole time you had an enemy in your own house saying they loved you. Total mind game psyop!
The biggest kicker is that, they need you but they hate you at the same time. They really are walking contradictions. Totally sold out as two faced liars to the hilt!
Took me a long time to figure out the 2 face agenda, but it is simply people pleasing and  telling you what you want to hear, to achieve some hidden agenda goal..
They are very sick in their heart of hearts!
To be continued... 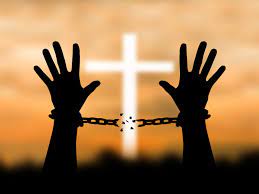 All comments approved that are respectful.

bookz.media
Deep Spiritual Truths, If You Can Handle It!